With the help of an iPad app, left, Ohio State’s marching band can better prepare for its halftime performances. (Screenshots courtesy of Ryan Barta and Ohio State marching band)

Getting about 200 musicians to walk across a football field in the shape of a T-Rex while playing the theme song of Jurassic Park is a logistical nightmare. Because of this marching bands have generally stuck to easier formations.

Ohio State’s marching band took its performances up a notch — drawing the attention of millions on YouTube — after its band director wanted to better visually represent music, and two conservation-minded students pushed the band to use iPads instead of paper.

“What marching bands do really is kind of old tech or low tech,” Ohio State marching band director Jonathan Waters said. “What is really cool about it, is we are combining technology and putting a modern spin on the marching band.”

To open the 2012 season the band did a Beach Boys show, including a surfer riding a wave. The drills were sketched out on paper for rehearsals, a practice that continued for the rest of the fall.

Then came the off-season, and a proposal from students Ryan Barta and Charlie King: curtail the band’s $24,000 in printing costs by replacing paper with iPads. A pilot program was approved, giving the band 50 iPads. Aside from helping the environment, there was another benefit of putting iPads in the hands of squad leaders.

“Before this year we wouldn’t have been able to learn that much music and that much drill in that short of time. The iPad has really helped that,” said Waters, who views the changes as a revolution in how students learn and his instructors teach.

Efficiency is essential as the band has only 10 hours of group rehearsal time a week to perfect each show. New music and formations are introduced to the members on Monday. By Friday every note and step must be memorized. No iPads or music are taken on the field during games Saturday.

The iPad strategy is paying off. The band’s Oct. 26 performance of Hollywood Blockbusters, including Jurassic Park, has received more than 11 million views on YouTube.

The impressive performances are a product of the band’s hard work, but the contribution of a graduate of the rival University of Michigan has been key as well. This summer Barta and King found an app, Drillbook Next, which helps marchers know exactly where they should be on the field throughout a show.

Instead of looking at printouts or PDFs on their iPads of formations while practicing, band members can watch the animation in motion. The app can be paused at any moment in the sequence to verify that all marchers are at their proper coordinates. Band instructors first design performances on software called Pyware, and then load the files onto the iPads using Drillbook Next.

“If you’re the leader of the band trying to set the Harry Potter formation and you know the person next to you is out of line, you can click on them in formation and see where they are supposed to be,” Barta said.

“As an instructor, it’s really useful to know where the calculations are. You know where all of your specific spots are,” said Scott Rundell, a band instructor at a high school outside Detroit who developed Drillbook Next. Rundell, a veteran of six years in Drum Corps International, wanted an app that made his job easier.

Ohio State says it isn’t done using technology to live up to its namesake as “The Best Damn Band in the Land.” The group will have an iPad for each student next season, instead of just squad leaders. Waters also plans to incorporate an app that evaluates students as they practice. It will identify each time a student has missed a note or rhythm and provide instant feedback.

Ohio State is working toward creating a WiFi network for the band’s practice field, so that students can stream a birds-eye view of their formations during rehearsals. The band’s 2013 shows have been impressive, but 2014 might be even better. 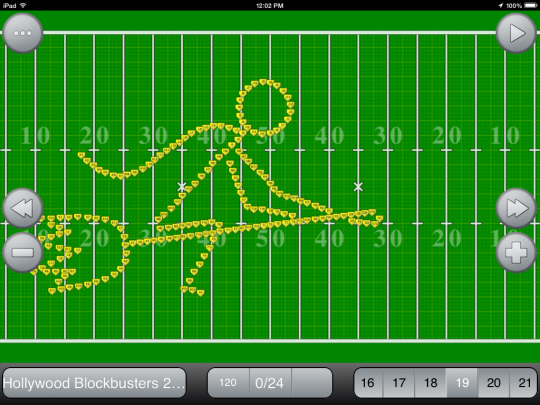 A screenshot of Drillbook Next, the app that’s helped Ohio State prepare more efficiently for its elaborate halftime shows. (Courtesy of Ryan Barta)

*Matt McFarland is the editor of Innovations. He’s always looking for the next big thing. 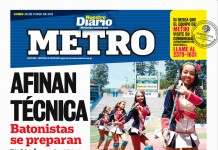 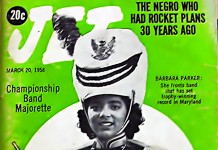 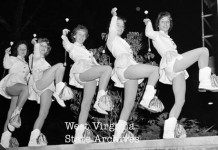 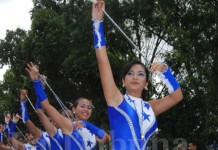 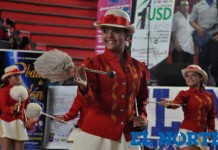