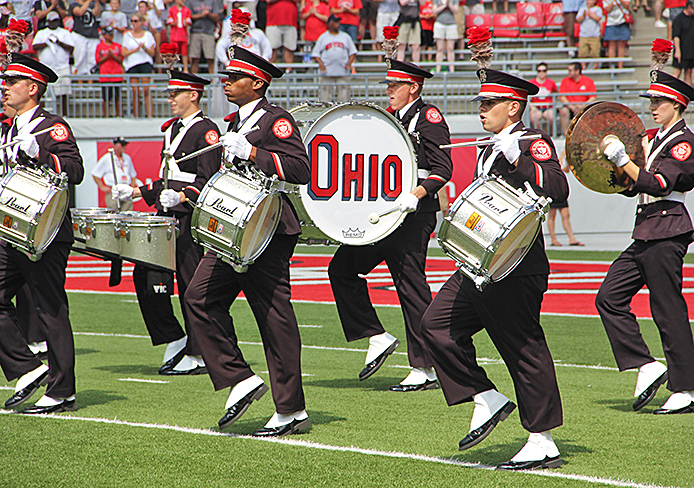 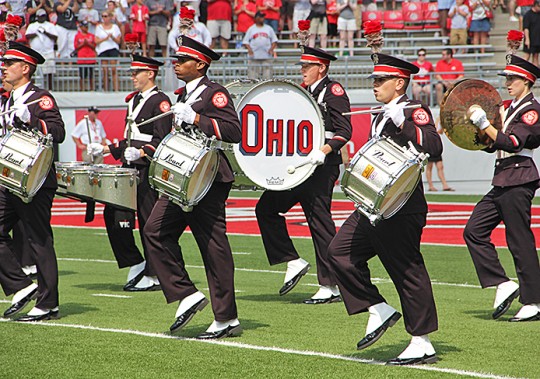 Jacob Hollar. January 13, 2014. The Ohio State Marching Band has exited the field of Ohio Stadium for the winter, but hasn’t left the spotlight.

Some band members said it doesn’t feel like reality to be in an Apple commercial.

“It’s pretty surreal,” said Zachary Naughton, a fourth-year in electrical engineering and a sousaphone player in the band, about being in the advertisement.

The commercial for Apple’s iPad Air features the Marching Band as part of a montage of people and groups using iPads for a variety of activities. The narration comes from Robin Williams in the 1989 film “Dead Poets Society,” and includes lines from Walt Whitman’s poem “O Me! O Life!”

“Our name associated with Apple is really special,” Naughton said

There are a lot of similarities between Apple and the Marching Band that make the collaboration make sense, said Ryan Barta, a fourth-year in business and trumpet player.

He said both organizations take pride in their “high quality, simplicity, creativity and precision.”

“I was waiting a long time for the moment to air,” Barta said.

Christopher Hoch, associate director of the Marching Band, said he, too, thinks the advertisement was an exciting opportunity.

“It’s pretty cool seeing the band on a national, professionally made commercial,” Hoch said in an email.

Since posted on Apple’s YouTube page, the video had amassed more than 560,000 views as of Monday night.

Earlier, videos of the band’s halftime shows from the 2013 season have received as many as 9.5 million views, according to BuckeyeTV’s YouTube page as of Monday evening, while other various YouTube accounts’ videos have attracted nearly 15 million views.

“I don’t feel any different than I normally do,” Hoch said of the publicity. “The students are getting the recognition they deserve for all of their hard work, and it has been an absolute privilege to work with them and with this band staff.

“The band is bigger than any one of us, and it is the band that is the real ‘celebrity,’ not any individual staff member or person,” Hoch said.

The 2013 season was the first in which the band used iPads, Hoch said. The iPads were used by the band’s directors, student staff and squad leaders.

The band purchased 45 iPads for the 2013 season, with a projected cost of $25,000 that was funded by OSU’s sustainability office, Waters said.

The reception to using the iPads was “tremendously positive,” Hoch said, but it took some students time to warm up to the change.

When the idea for the implementation of iPads was presented, Naughton said he was against it.

A season later, however, Naughton called the use of iPads “the future of marching band.”

“The plan is to have all band students using them next year,” Hoch said.

The ability of every member to have an iPad will be made possible by a $25,000 donation from a private donor, Barta said.

He said he is confident the band could still have produced shows of the same caliber without using iPads, however.

“The iPads are not marching and playing the shows,” Waters said. “It still comes down to the students.”

The commercial, filmed in November 2013, required “everyone involved” with the band to sign a non-disclosure agreement with Apple, Naughton said.

Band members appearing in the commercial were also required to temporarily join the Screen Actors Guild for legal reasons, Naughton said, though he said he couldn’t discuss costs because of a nondisclosure agreement.

Hoch said no other companies have approached the band about appearing in commercials.

We’re humbled and inspired by what people do with iPad. So we set out to capture some of their stories. What will your verse be? http://www.apple.com/your-verse 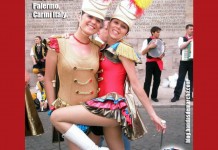 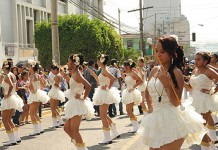 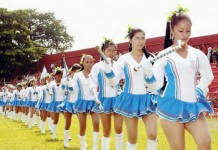 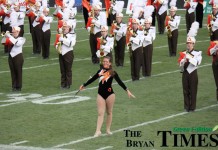 The Bryan Times, Ohio USA: Heather is in the BGSU routine 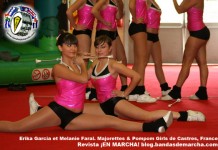 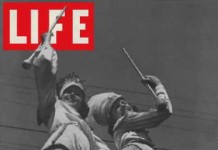